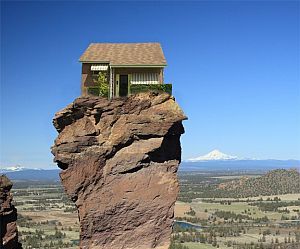 Fortunately not as it turns out!  Our builders did come across some rock which I thought meant disaster when Tom first told me.  I had visions of vast costs involved to remove that rock in some very unenviromentally friendly way – and that roll top bath becoming ever further from my reach.  Apparently tough it would have been a good thing – rock being a good base for foundations.  This could have meant a saving in the cost of foundations – that bath was on its way back….In then end, the rock was just in a small area and was nothing to worry about or be thankful for.

Our builders continue to make good progress and as the sun still seems to be shining in Montemboeuf, hopefully there will not be any delays due to bad weather.  I just hope they don’t get the weather we’ve had in London any time soon, or that pool that we want will be built a little earlier than expected.

The photo above shows the start of our foundations and Tom tells me the metal caging has also gone in which reinforces the foundations.  I don’t have much more to say about that, apart from it is very exciting – more so than just your average hole in the ground with bits of wood in anyway.  Hopefully in the next post I’ll have some photos of something more concrete as it were…..